A three-act opera set to music by Henry Purcell with libretto by Nahum Tate and performed at Scuola Grande dei Carmini.

Music performed with original instruments from the Baroque period.

It was first performed in Chelsea probably on April 11, 1689 in a boarding school for young ladies and represents an absolute masterpiece of British melodrama. The characters in Dido and Aeneas are surprisingly modern in their portrayal; their inner life, their passions and the ferocity of the witches are depicted without any concession to excessive stereotypical virtuosity.

The performance is inspired by Giambattista Tiepolo’s unrivaled canvases that decorate the ceiling of the Chapter Hall in the Scuola Grande dei Carmini of which Tiepolo was the Grand Guardian. The sumptuous costumes inspired by the paintings make the place a natural setting where the viewers’ five senses are all appealed to.

The libretto of the opera is available at the concert venue. 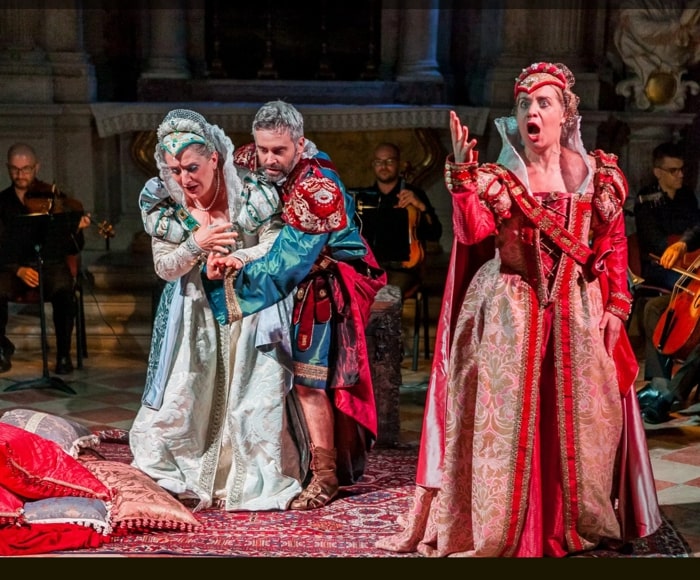 A three-act opera set to music by Henry Purcell with libretto by Nahum Tate and performed at Scuola Grande dei Carmini. Music performed with original instruments from the Baroque period.