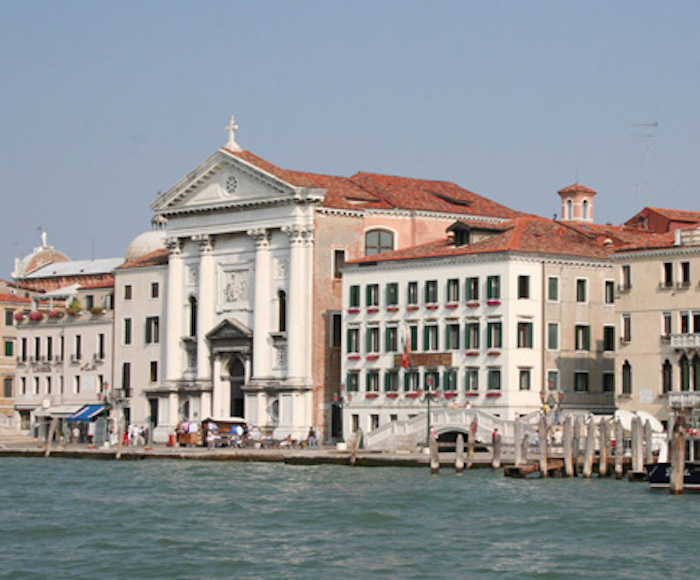 The present church of Santa Maria della Visitazione, or della Pietà as it is popularly known, a jewel of Venetian architecture, was built between 1745 and 1760 according to the design of Giorgio Massari.  The original church of the XV century stood on the area of the present Hotel Metropole.  The facade, imitating the classical style with tympanum and twin columns, was incomplete at the lower third of the columns and was completed in 1906 following the original Massari model. The interior is one of the most harmonious and elegant, sacred Venetian premises of the 1700’s., with an ovoid shape, vaulted ceiling and flat presbytery; along the side walls, between the twin columns supporting the cornice, two choir stalls open with elegant wrought iron work; on the entrance wall there is a double layered choir stall.  In these choirs, the “putte”, the young girls living in the institute, gave their famous concerts of music and song. This is the church where Antonio Vivaldi, the famous composer and musician, also called the "red priest" for the color of his hair, lived and performed his activity.