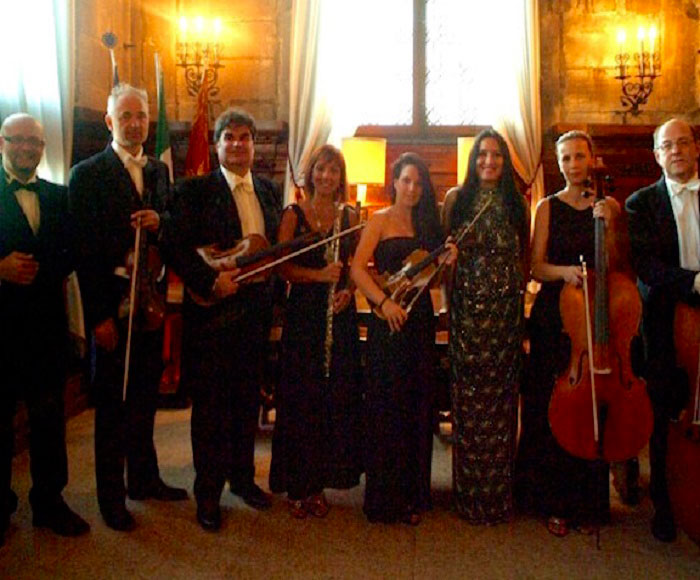 The Collegium Ducale Orchestra of Venice is born by the idea of a few musicians coming from the best orchestras of the Veneto region. This Ensemble is well-know for his repertoire going from the Baroque period to 20th century. Esteemed lead players bring their artistic contribution not only as part of the group, but also as virtuosos in their solo shows. The ensemble is engaged research activities and studying of musical treaties in order to play to the audience classical pieces in according to the original performing spirit. The Orchestra is active in Venice since 1993 with the important concert season named "Venice and Europe: Music behind the History".